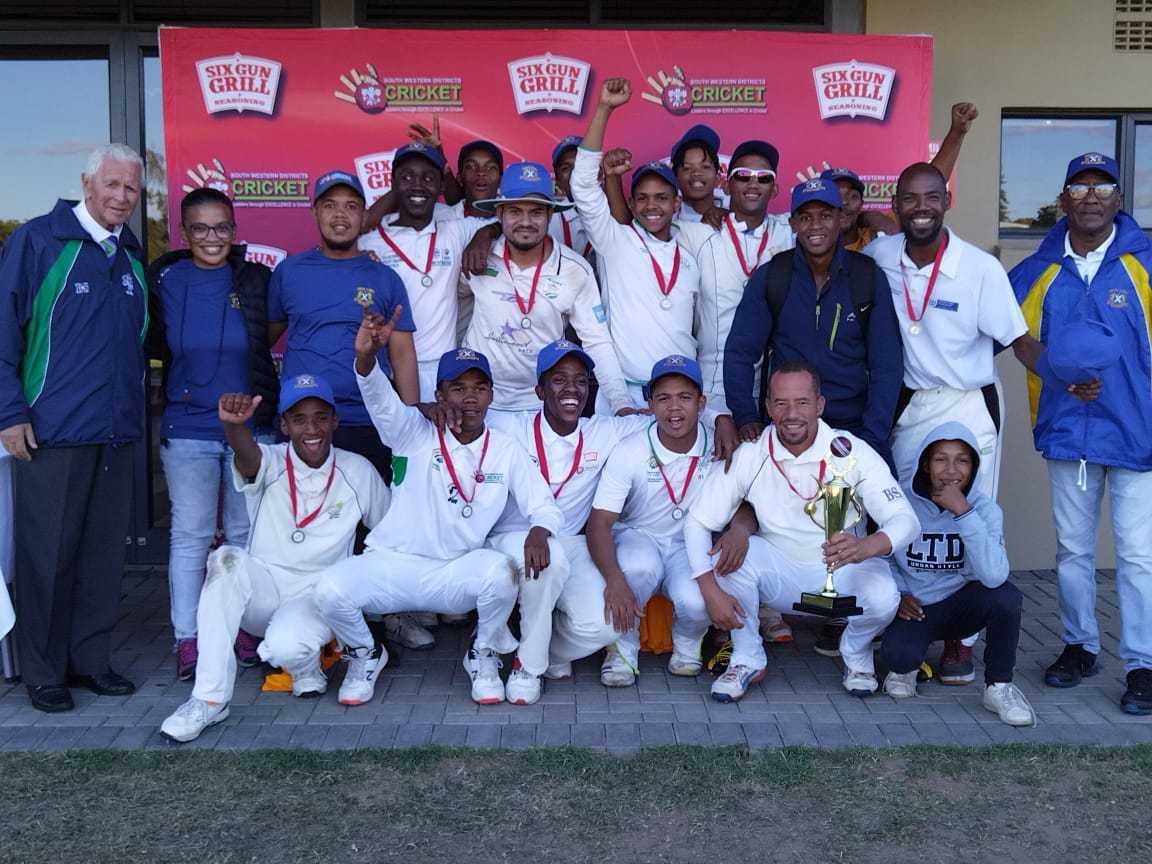 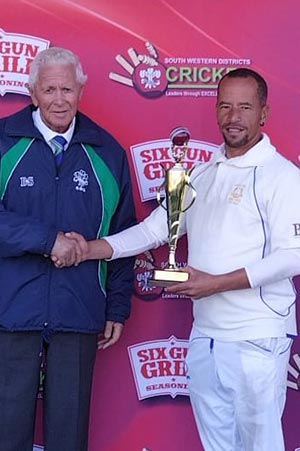 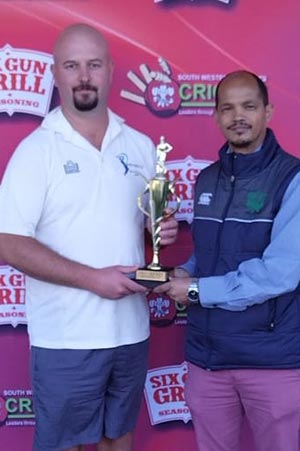 Micele Febbraio, the captain of Hartenbos CC, receives the trophy as runners-up from Mr Shael Laminie (vice-president of SWDC).

Union Stars ‘C’ on Saturday, at the Recreation Ground in Oudtshoorn, win the Six Gun Grill SWD Promotion League Division 2 title after a convincing 127 runs victory against Hartenbos in the final.

Union Stars C, who will now be promoted to Division 1 next season, posted 218/7 and thereafter dismissed Hartenbos for 89 runs.