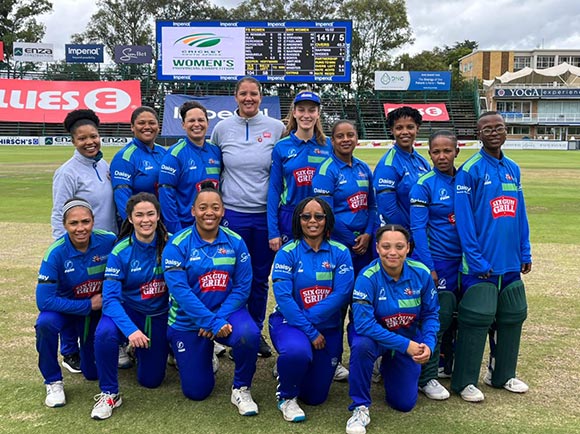 A clinical performance by the Six Gun Grill SWD Women’s team against Free State in a qualifying fixture between the Pool Winners of Pool A (SWD) and Pool B (Free State) that was played at the Imperial Wanderers Stadium on Saturday has allowed the SWD ladies to achieve their ambitions as they gained promotion to the Super League (Top 6) next season.

In what is a great achievement for women’s cricket in the province SWD defeated Free State by 5 wickets and set a challenge for their male colleagues in their quest for promotion to the top echelon of South African cricket. The SWD ladies, who lost in the corresponding fixture against Easterns last season - also concluded their season with a 100% winning ratio after they were victorious in all their matches.

Haroline Rhodes, the SWD captain, has opted to field after winning to toss and they restricted the ladies from Bloemfontein to 138/9 (21.2 overs). Yolandi Potgieter (46; 78 balls; 7x4) anchored the Free State innings as the rest of the batters were undone by some qualify bowling by Miceala Andrews (1/25 in 6 overs), Jané Winster (2/27 in 7 overs) and Rhodes (2/53 in 10 overs).