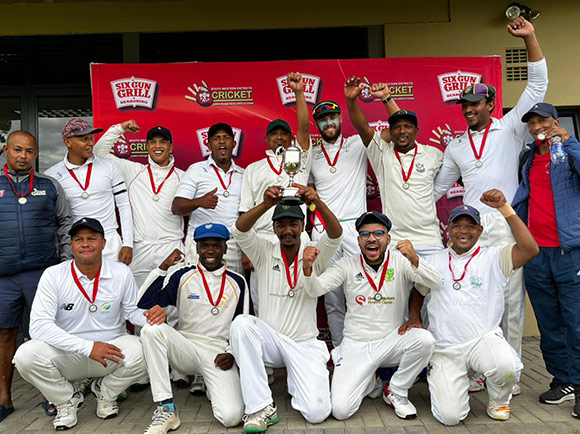 Pacaltsdorp United Cricket Club was crowned the Six Gun Grill SWD Promotion league division A champions on Saturday after a comprehensive 110 runs victory against Pirates United in the final that was played at the Recreation Ground in Oudtshoorn. They will now be promoted to the Premier league next season at the expense of Ramblers who will be relegated.

Pacaltsdorp, who were put in to bat first, posted 205/6 after the match was reduced to 45 overs after a rain delayed start. Pieter Stuurman (51*) and Ethan Coeries (42) contributed with the bat while Tyler Bezuidenhout bagged 3/57. Liyabona Malife (3/14), Bradley De Villiers (3/27) and Ricardo Majolla (2/25) were the bowling heroes for Pacaltsdorp after Pirates was dismissed for only 95.