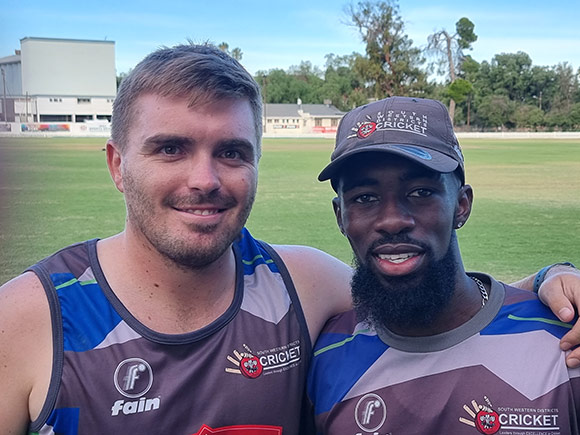 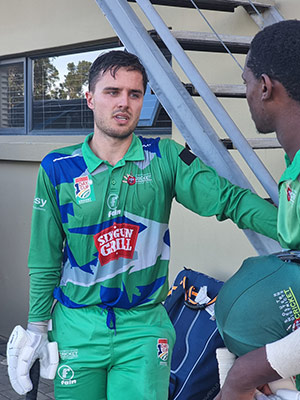 A brilliant team effort and captain’s innings by Jean du Plessis was instrumental in keeping the Six Gun Grill SWD’s campaign in the Cricket South Africa Division 2 One Day campaign alive. In a pulsating encounter at the Recreation Ground on Sunday Du Plessis and his troops recorded a hard-fought nail-biting 4 wicket victory against the Northern Heat.

The Heat, who won the toss opted to bat, posted a competitive 231/9 in their allotted 50 overs. Jonathan Vandier (39), Victor Mhlangu (38) and Evan Jones (70) were the best performers for the Kimberley based team. Sintu Majiza (4/50) recorded his best List A bowling performance and Sean Whitehead continued his impressive form with the ball with figures of 2/30 (in 10 overs).

The SWD run chase was built around an unbeaten century by the skipper Jean du Plessis (101* from 143 balls; 2x6, 5x4). Yaseen Valli made a valuable 66 in an 85 runs partnership for the 2nd wicket du Plessis and Jhedli van Briesies (53 from 66 balls) joined du Plessis for a partnership of 106 for the 3rd wicket. Du Plessis took the proceedings by the scruff of the neck as he reached his century in the last over with three consecutive boundaries – a four, a six and a four to not only reach a personal milestone but also to take his side over the line. Beyers Swanepoel (3/41) was the visitors best bowler. 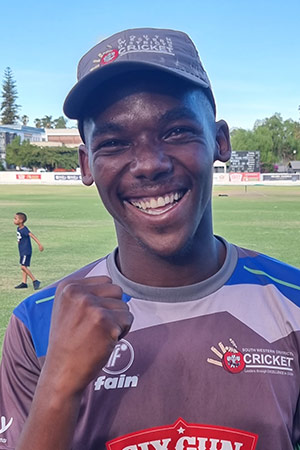