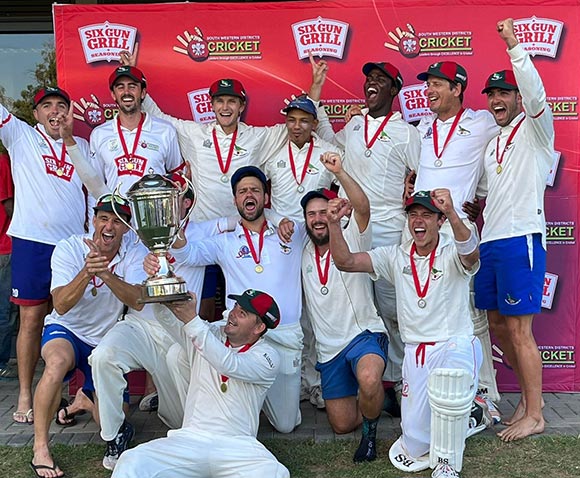 Knysna Cavaliers, who dominated the Six Gun Grill SWD premier league competition the past season was crowned the champions on Monday after a 3-wicket victory against Plett Pioneers at a fiercely contested final that was played at the Recreation Ground in Oudtshoorn. A brilliant all-round performance by Keenan Viera ensured victory for the men from Knysna.

Cavaliers played in their first final since 2005/06 and the previous time they won the trophy was in 1998/99 (when they played under the banner of Knysna Cricket Club).

Pioneers posted 164 after Mark Vermeulen (48) gave them a solid start. Marcello Piedt (34) made a valuable contribution with the bat down the order but a brilliant spin-bowling spell by Viera (5/36) denied Pioneers from a competitive score.

In the run chase by Cavaliers a sixth wicket partnership by Viera (64*) and Mesuli Vuba (22) steered the men from Knysna to victory as they reached the target (168/7) in the 37th over for a famous 3 wicket victory. 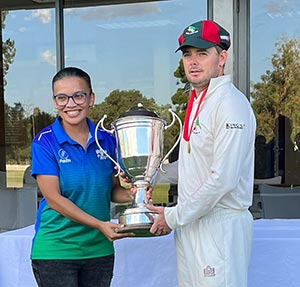 JP Ellis, the captain of Knysna Cavaliers receives the trophy as winners of the SWD Premier league from Adv Michelle Weyers – member of the Board of Directors of SWDC.