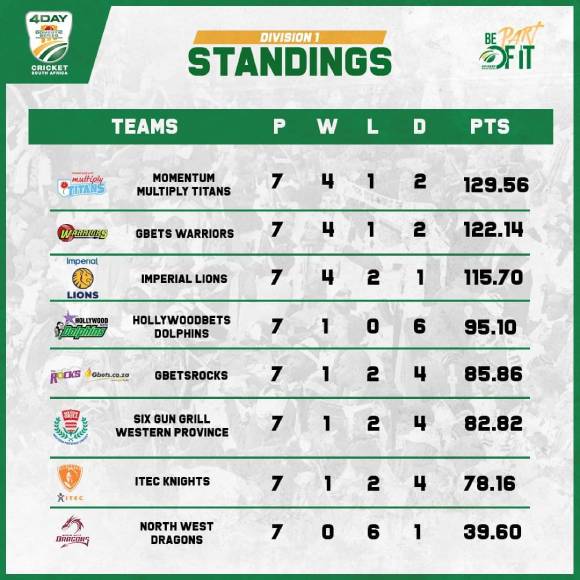 The Titans secured a seven-wicket victory over Imperial Lions and were crowned champions on Monday afternoon. Front-runners, Gbets Warriors settled for a draw in the rain-interrupted match in Bloemfontein.

The last day for Division 2 was on Sunday, 06 March 2022 where the Heat were crowned champions after a draw against Mpumalanga Rhinos and a losing result from their contenders, Six Gun Grill Western Province.

The 2021/22 4-Day Series was the first edition incorporating the new CSA domestic structure, with fifteen teams competing in the two different divisions.

This was the most competitive long-format series in the history of our domestic structure, with the teams fighting till the very last day of the series for the title.

The teams played a great deal of cricket in the last round. I strongly believe that as we move to the Domestic One Day Cup, our teams will continue to play towards the expansion of the standard in our domestic cricket structures, Moseki concluded.

Gbets Warriors and Six Gun Grill South Western Districts were the runners up in the series after a thrilling final day. 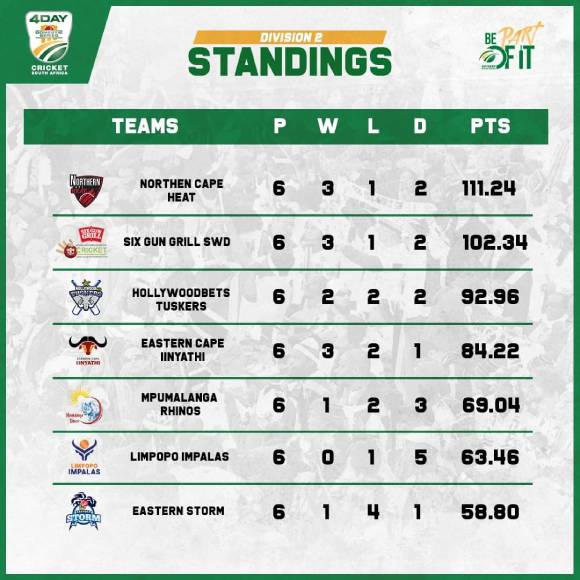