UNION STARS WOMEN MADE IT SEVEN-IN-A-ROW 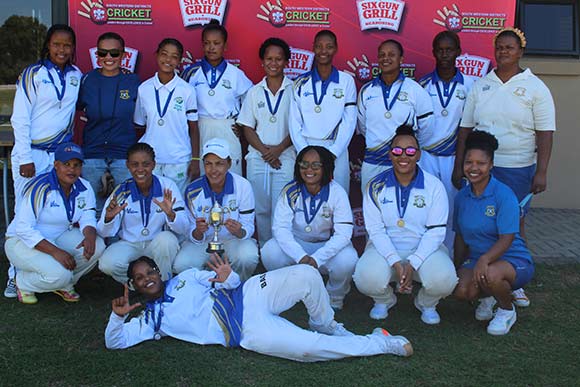 The Union Stars women’s team has confirmed their dominance of women’s cricket in the province when they clinched a seventh consecutive title on Saturday with a five-wicket victory against George.

George, who batted first, were restricted on 67 (all out) with the SWD trio of Haroline Rhodes (4/17), Marnizelle Rabie 3/12 and Jané Winster 2/12) who did the damage with the ball. Union Stars reached the winning target in the fifteenth over thanks to a valuable contribution by Miceala Andrews (42) for a comfortable victory. 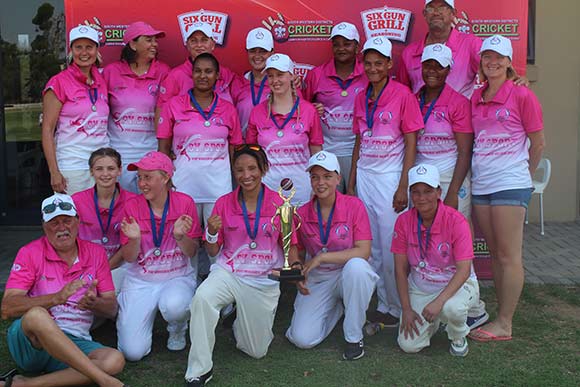 In the B-Division T20 final, that was played on Sunday, Mossel Bay (201/6) defeated Plett Pioneers (88 all out) by 113 runs. The former Protea batter, Annelie Minny smashed a century for Mossel Bay 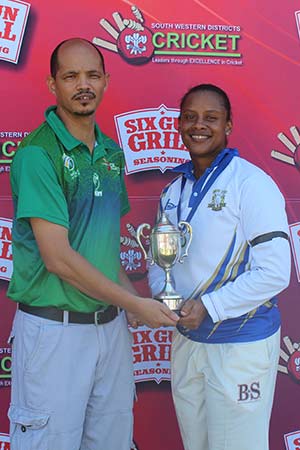 Mr Shael Laminie (left), the Vice-President of SWD Cricket hands over the trophy as winners of the SWD Women’s League to Haroline Rhodes, the captain of Union Stars. 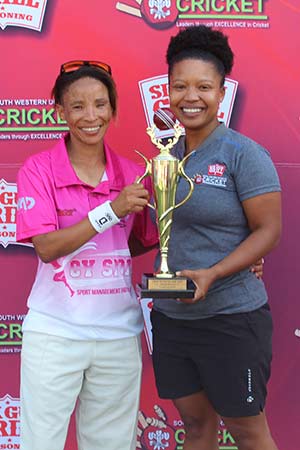 Ms Katrisha Strydom (right), the Chairperson of the SWD Women’s Cricket Association hands over the trophy as winners of the SWD T20 League to Candys Jansen, the captain of Mossel Bay.