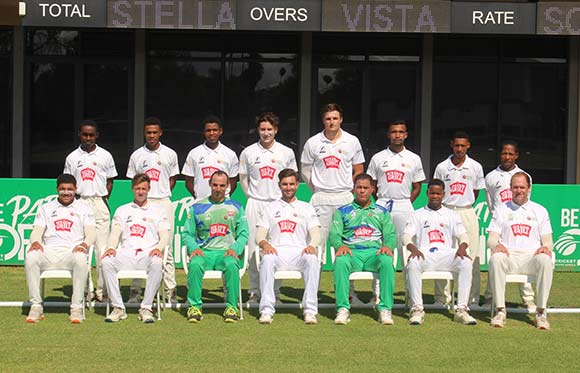 In spite of a defeat by 5 wickets in the last over of the limited over fixture and a draw in the three-day match the Six Gun Grill SWD Colts team has shown great talent in their fixtures in the Cricket South Africa Colts competition that was played against Boland the past weekend. The matches were contested at the Recreation Ground in Oudtshoorn.

In the three-day match Boland, thanks to an unbeaten innings by Ruan Terblanche (150*) Boland posted 287/7 whereafter SWD responded with 183 (all out) for a deficit of 104 runs. Mark Andriantos (52*) contributed with a gutsy half-century. Boland declared their second innings at 149/6 – setting SWD a target of 254. The SWD batsmen produced a challenging batting display and ended on 241/9 – just 13 runs short of the target.

In the limited overs match SWD posted 271 (all out in 49.4 overs) with Johan Smal (68) and Keenan Viera (60) who impressed with the bat. The target was adjusted to 240 in 43 overs after the match was delayed due to lightning. Terblanche was again a thorn in the flesh of the home team as he hit the winning runs with two balls to spare for a 5 wickets victory.