BIG GAME FOR SWD IN KIMBERLEY 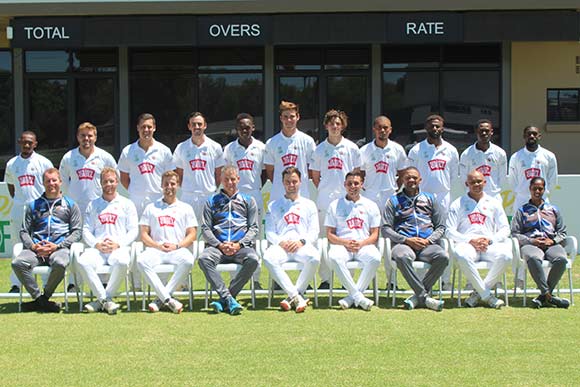 The Six-Gun Grill SWD cricket team will travel to Kimberley this weekend where they will take on log leaders, the Northern Cape Heat in the Cricket South Africa Division 2 Four-Day competition. And outright victory will be needed in their ambitions to win the 4-Day competition. The match will start on Thursday.

The SWD batting unit will need to fire on all cylinders to get the much-needed momentum. SWD is currently 3rd on the log position at 49.32 points after three matches. The Northern Cape Heat (88.66 points from 5 matches) are the log leaders followed by the Tuskers (73.72 points from 4 matches) and SWD (72.22 points from 4 matches). Batting bonus points will also be crucial in the SWD ambitions.

All-rounder Onke Nyaku is still unavailable due to a hamstring injury. One changed was made to the team that defeated Impala Limpopo two weeks ago with Renaldo Meyer that comes in for Herschell America.