RAIN AND BAD LIGHT HAD FINAL SAY IN SWD CLASH Rain and bad light had the final say in the Cricket South Africa Division 2 4-Day match between Six Gun Grill SWD and the Hollywoodbets Tuskers clash that was played in Pietermaritzburg the past weekend.

Bad light prevented a full day’s play on the first three days whilst rain resulted that no play was possible on the last day. The match ended in a draw.

SWD batted first and posted 315 to which the home side replied with 332 – for a lead of 17. In their second innings SWD was at 135/1 at stumps on day three with no further play possible. The batting form of the SWD top order was a confidence booster for the men from Oudtshoorn. Both Yaseen Valli (52 and 57*), André Malan (70 and 59*), Leus du Plooy (54) and Blade Capell (80) scored half centuries. Sean Whitehead (4/70) was again SWD’s top wicket-taker. 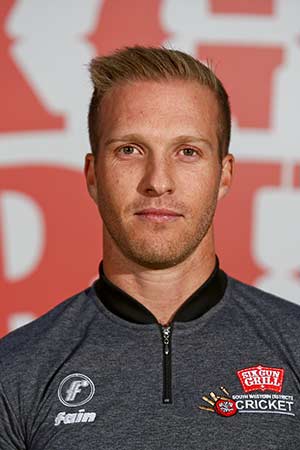 SWD’s next fixture is against the Limpopo Impalas in Polokwane and will start on 27 January.