MIXED SUCCESS FOR SWD ‘B’ TEAM 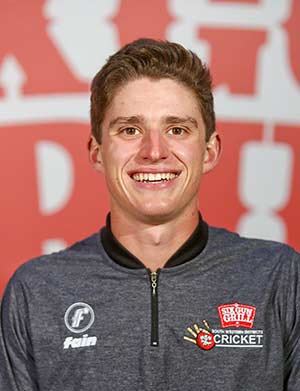 The Six Gun Grill SWD ‘B’ team had mixed successes the past weekend. Jean Heunis and his men drew the Three Day match and lost the Limited over match in the Cricket South Africa B-team competition that were played at the University of Fort Hare in Alice during the past weekend.

In the Three day match no play was possible on the first day due to a wet outfield and after play got underway on the second day SWD posted 218 (all out) thanks to a fine knock by André Malan (62). Travis Ackermann (4/16) and Malan were both in fine form with the ball as they dismissed Border for only 93 for a lead of 125. In their follow-on innings Border was on 101/4 when bad light brough an early end to the match. Ackermann (3/36) was the best SWD bowler.

In the limited over match SWD was dismissed for 224. Hanno Kotze (69) and Ackermann (44) excelled with the bat for SWD. Border chased down the winning target (227/6) with 4 wickets in hand.

The summarized scores are: