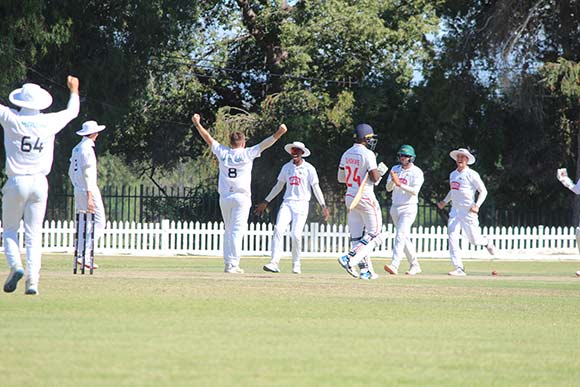 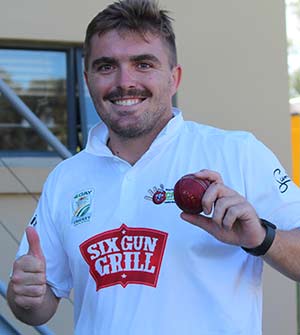 A brilliant ten wicket haul (10/36 in 12.1 overs) by Six Gun Grill SWD spinner, Sean Whitehead, sealed a 120 runs victory for the home side against the Eastern Storm on the third day of the Cricket South Africa Division 2 four-day match at the Recreation Ground in Oudtshoorn.

Whitehead, a former SA u/19 player, also bagged 5/64 in the first innings and in doing so he broke the SWD First Class record of Ottneil Baartman (14/95 – SWD vs KwaZulu Natal in Oudtshoorn; 2016/17) for the most wickets in a match with figures of 15/100. To make his achievement more significant he also excelled with the bat with scores of 66 and 49.

SWD, who won the toss and elected to bat first posted 242 in their first innings mainly due to a partnership of 114 between Whitehead (66) and Leus du Plooy (91). Divan Posthumus (3/10) and Jurie Snyman (3/40) both bagged three wickets.

Easterns responded with 250 (all out) for a slim lead of 8 runs thanks to half centuries by Gionne Koopman (60) and Sizwe Masondo (63). Marcello Piedt (2/27) provided valuable support to Whitehead’s five wicket haul.

In their second innings it was again Leus du Plooy (85*) and Whitehead (49) who added stability to the innings as SWD was dismissed for 193 – setting the visitors a target of 186 for victory. Whitehead took control from the start and man alone dismissed the Storm for 65 in the 26th over. 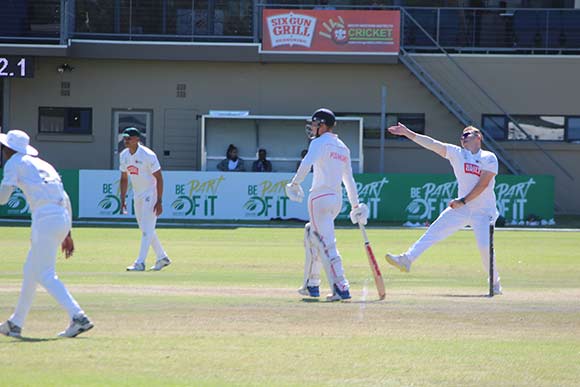