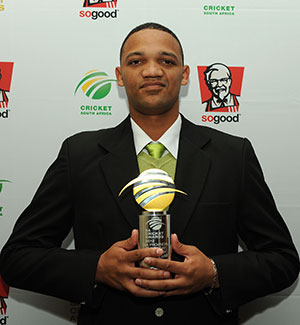 South Western Districts Cricket on Wednesday announces the appointment of one of the province’s bowling stalwarts, Gurshwin Rabie as assistant coach of the SWD professional team. The appointment will be of immediate effect. Rabie, a former Cape Cobras, Warriors, Western Province and South Western Districts first class player will replace Jason Maswanganyi who has taken up a position at Easterns Cricket in Benoni.

The 37-year old Rabie who hails from Oudtshoorn had an outstanding career as a bowler and played in 92 first class matches and 48 List A matches. In first class cricket he bagged 321 wickets with a best bowling analysis of 8/60 (for SWD vs North West in Oudtshoorn in the 2011/12 season). He still holds the SWD record for the most first-class wickets – 261 in 64 matches. He also captained the SWD team for one season. 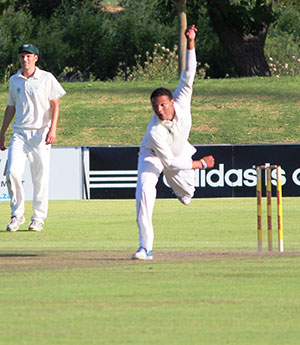 Upon conclusion of his playing career, he pursued in career in coaching. After being at the helm of the SWD Academy and U/19 team for two years he moved to Newlands where he for the past three years where the Western Province Academy & U/19 coach. He was also coach of the Cobras Cubs and -Colts teams that both won the national franchise Cubs and Colts tournaments respectively.

We are extremely grateful to have Gurshwin part of our professional team coaching structure in our ambitions to be elevated to Division 1 in 2023, commented SWD Cricket Chief Executive Officer. Gurshwin’s coaching career has progressed in a positive direction since his playing days and we are looking forward with high expectations for his contribution at SWD, he said.