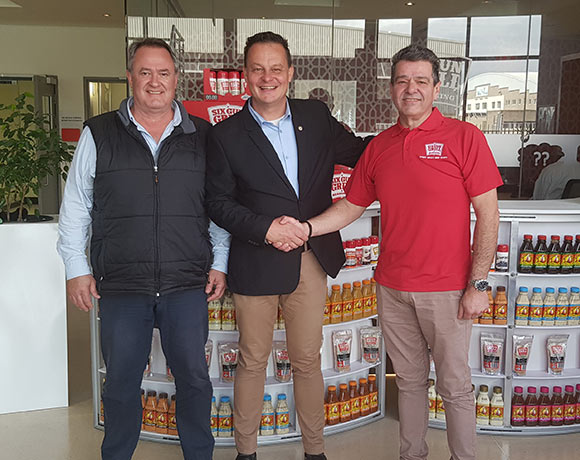 Six Gun Grill, Crown National Food Group’s flagship brand, have been unveiled as the new anchor- and title sponsor of South Western Districts Cricket. The announcement was made on Tuesday ahead of the draw for the Cricket South Africa T20 Knock-out competition that will kick-off on 24 September. All fifteen professional team – from both the Division 1 and – 2 ranks plus the SA U/19’s will compete in the first domestic competition of the summer.

Crown National Food Group MD John Morris made the announcement of the 3-year deal. “I am proud to announce this partnership that already shares so much in common, both upholding a commitment to excellence, honesty and integrity that will serve the game of cricket in our region and across our country’, he said.

The Chief Executive Officer of South Western Districts Cricket, Albertus Kennedy, expressed his delight with this announcement. “Six Gun Grill is an iconic brand in its own right and I would like to thank the Six Gun Grill team for their faith in our brand during these tough times we live in, and I look forward to this new and exciting era’. The sponsorship will incorporate the title name of the professional-, women’s- and academy team, SWD provincial school’s teams and the SWD Local Club competition.

“We want to welcome the Crown Food Group and its Six Gun Grill brand to the South Western Districts Cricket family’, said SWD Cricket President, Mr Rudy Claassen. “Having a title sponsor such as Six Gun Grill is a huge privilege and is the perfect boost for our team and our aspirations for higher honors. We thank Six Gun Grill for backing our franchise and we look forward to a long and successful relationship.’