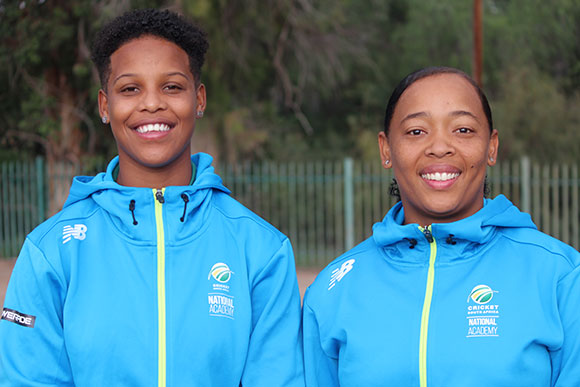 Pretoria: Cricket South Africa has announced a 16-player SA Emerging Women squad to tour Zimbabwe from 18 May to 26 May 2021.

The squad is made up of South Africa’s best emerging players, backed up by a few of the Momentum Proteas players. The side under the tutelage of coach Dinesha Devnarain will be looking for a much better showing following their tour to Bangladesh a month ago.

The squad will come together at the Powerade National Centre of Excellence in Pretoria on Saturday 15 May before flying to Bulawayo where they will play five one-day fixtures against Zimbabwe Women side.

North West Dragons duo of Tazmin Brits and Masabata Klaas make a welcome return to the national set up following spells out due to family commitments and injury respectively. Momentum Proteas members Nondumiso Shangase, Nonkululeko Mlaba as well as all-rounder Anneke Bosch are among those named in the squad.

The squad has profited from insights provided by the management side headed by Devnarain and her management team that includes assistant coach Angelique Taai and video analyst Abram Ndlovu as well as decorated former Proteas player Marcia Letsoalo who is the team manager.

“We are really pleased with the talent we’ve been able to assemble for this tour and the players have benefitted from the insights of our management team – including some players who were in their position only a short time ago,” Devnarain said.

“Our goal is to continue to work with this group of ladies with more face-to-face sessions scheduled and also raise the performance level against a competent Zimbabwe Women side. We’ve had enough time to reflect on our tour of Bangladesh and many in the squad will be looking to improve massively on that performance.”

Speaking following the selection of the side, Cricket SA high-performance manager Vincent Barnes said a strong summer from some of the players helped their elevation to the national emerging team.

“The players that have been recruited in this squad were all standouts across the summer, with some really impressive performances for their provincial sides,” Barnes said.

“It’s been really impressive to see players like Anneke Bosch perform strongly for the last few matches for the emerging side while those tied to the Proteas (Momentum) all played pivotal roles for the national team in recent tours.

“This tour will allow a lot of players who harbour dreams of representing their country at the highest level to experience cricket in different conditions and this will play an important role in their ongoing development as future Proteas.”