ANDREWS AND WINSTER RETURNED AFTER TOUR TO BANGLADESH 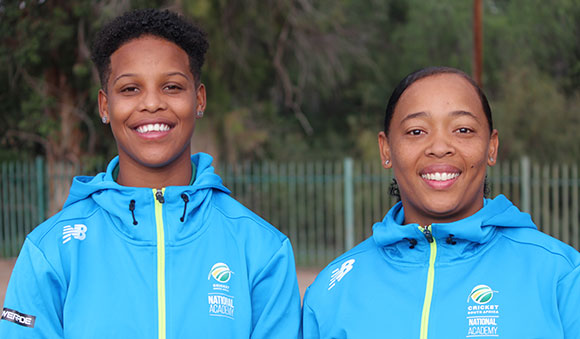 Two heroes of the SWD Women’s cricket team, Miceala Andrews and Jané Winster, returned back from Bangladesh the past week where they represented the SA Emerging team on a four-match tour.

Andrews and Winster, both members of the Union Stars Cricket Club in Oudtshoorn played in all four the limited over matches in the Bangladesh city of Sylhet. Unfortunately, the South African visitors lost all four matches. Both players bagged four wickets in the series with Winsters’ figures of 3/32 in the second match the best bowling analysis by a South African in the series. Both players will be available for the SWD team for their upcoming promotion play-off match against Easterns in Johannesburg on Saturday.