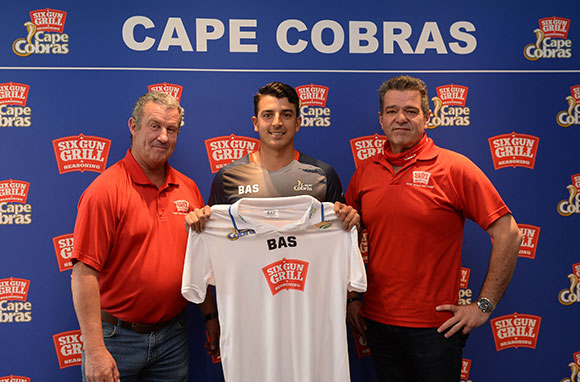 At the launch event at Six Gun Grill Newlands on Thursday, Crown National Food Group MD John Morris made the historic announcement of the 3-year deal.

“It is a proud moment for our company Crown National and our iconic Six Gun Grill brand to be associated with Western Province Cricket, Cape Cobras and Newlands Cricket Ground. Dare to be different.”

“We want to welcome Crown Food Group and its Six Gun Grill brand to the Western Province Cricket family, on board as the official Newlands stadium naming rights partner. Crown Food Group, being one of the leading food ingredient suppliers in South Africa compliments a place dear to all cricket lovers, Newlands Cricket Ground very well. A partnership that already shares so much in common, both upholding a commitment to excellence, honesty and integrity, will serve the game of cricket in our region and across our country. With such strong and long lasting brands, it is the perfect recipe to keep spicing things up for the Newlands faithful,” said WPCA interim CEO Tennyson Botes. 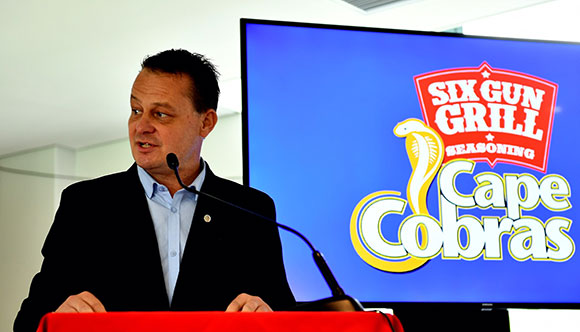 Six Gun Grill Cape Cobras interim CEO Albertus Kennedy believes it is just the perfect time to announce such an exciting partnership: “Having a title sponsor such as Six Gun Grill for our Cape Cobras team is a huge privilege and is the perfect boost for our Coach Ashwell Prince, Captain Zubayr Hamza and the entire squad and backroom staff as we start the new season on the hunt for silverware. We thank Six Gun Grill for backing our franchise and we look forward to a long and successful relationship.”

“Today is a wonderful occasion as we welcome a new partner to Newlands. As the video in our press conference stated, Newlands is the ‘Heart of Cricket’ and cricket is alive and well in our province and this support that Six Gun Grill have afforded us will go a long way to ensuring that we are able to produce the next JP Duminy, Vernon Philander or Zubayr Hamza.”

Western Cape Cricket Chairman Angelo Carolissen wished the team good luck for the new season ahead: “On behalf of the board, we welcome Six Gun Grill to our Cobras family and we wish the team everything of the best for the season ahead and to show our new partners what this team represents on and off the field.” 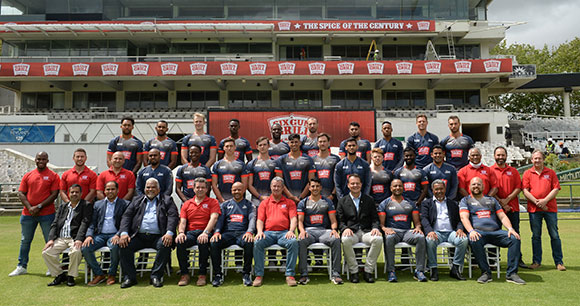