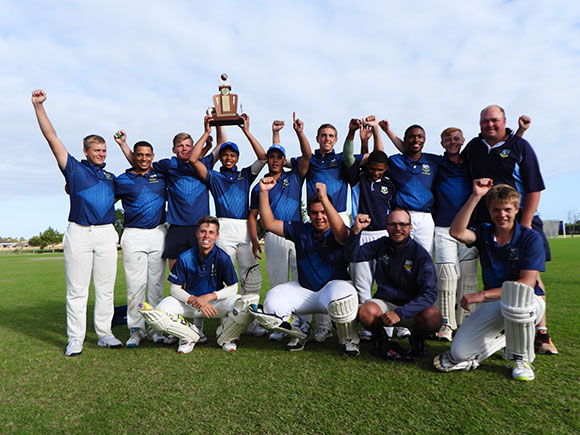 Langenhoven Gymnasium from Oudtshoorn confirmed their dominance at school’s cricket in the province when they won the U-19 Super League and Twenty20 titles. Outeniqua High won the U-15 title for the third consecutive year. Outeniqua U-19B was victorious in the U-19 Promotion league while Sentraal High School from Beaufort West won the U15-Promotion League.

Langenhoven Gymnasium retained the title as Schools T20 champion after they successfully defend their title with a 4-wicket victory against Outeniqua. Outeniqua who batted first scored 105/4 in their allotted 20 overs with Charles Jackson (57*) the top runs scorer. Francois-André Beets (52*) played a match-winning innings for Langenhoven as they reached the winning target with three balls to spare. In the semi-finals Langenhoven Gymnasium (121/1 in 13 overs) was too strong for Oakdale (111/7) with Lleyton Avontuur (70) the top runs scorer for a 9-wicket victory. Outeniqua (126/5) had to dig deep for a 24 runs victory against Bridgton Secondary (102/5) in the other semi-final.

Lleyton Avontuur, from Langenhoven Gymnasium, who scored a total of 296 runs with a highest score of 70 was the top batsman and bowler in the T20 competition. He bagged 15 wickets in total with a best bowling analysis of 3/16.

The versatile Zander Nel from Outeniqua shined with both bat and ball as he scored the most runs in the u/15 Super league (212 runs)and claimed the most wickets – 21 wickets - with a best bowling analysis of 5/13 as the top bowler in the league. 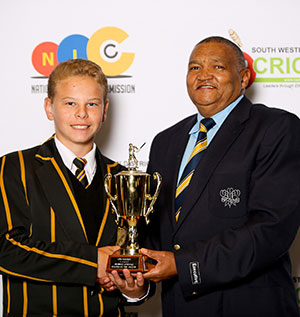 In the U-19 Super League, Francois-André Beets from Langenhoven Gymnasium, was the outstanding batsman and scored a total of 417 runs with a highest score of 127. He posted two centuries and two half-centuries. Darren Jack (Sentraal High School in Beaufort West) claimed the accolade as bowler of the season when he took 17 wickets with the best figures of 3/20.

Three SWD u/19 players, Tyrece Karelse (Protea High), Jhedli van Briesies (Langenhoven Gymnasium) and Heath Richards (Glenwood House) made their provincial first-class debut whilst still at school. Karelse went on to be selected for the SA U/19 team that participated in the ICC U/19 World Cup. For that achievement he was awarded as the SWD High Schools player of the season. Annerie Dercksen (Sentraal High School) was selected for the CSA T20 Super league competition. 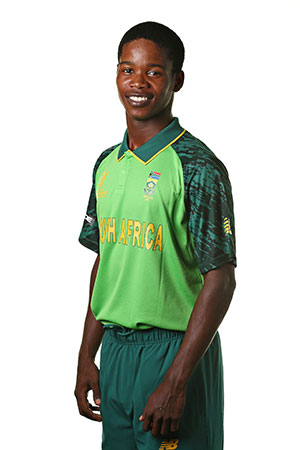