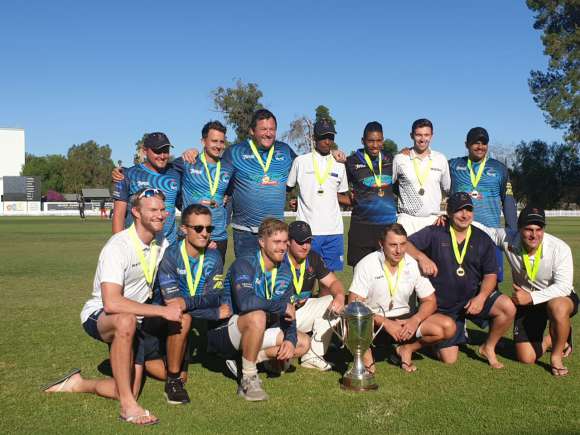 George, against the odds, became the new SWD Cricket Premier league champion on Saturday when they outplayed Union Stars in the final that was played at the REC Cricket Ground in Oudtshoorn for a comprehensive 4 wicket victory.

George, who played in their third consecutive final and won the Petersen trophy for the first time since 2003/04, deserves credit for the impressive way in which they outmanoeuvred Union Stars who dominated the pool stage during the season. From onset they also look much more hunger for success than LeRoi Bredenkamp and his troops. 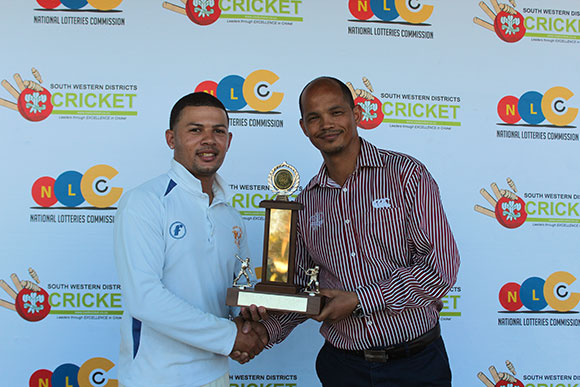 An aggressive well played innings by Levin Muller (61 from 68 balls, 2x6, 9x4) laid the foundation for George to establish momentum from the start. Muller and Neil Hornbuckle (36 from 38 balls, 1x6, 3x4) shared an 89 runs partnership for the second wicket and together with a vital captain’s innings by Johandré Barnard (36 from 61 balls; 5x4) steered George to reach the winning target – 175/6 in the 40th over.

George will now, on 27, 28 and 29 March, with the premier league winners of Western Province and Boland play in a triangular competition to determine the Western Cape representative for the Momentum National Club championships that will take place in Pretoria during April. 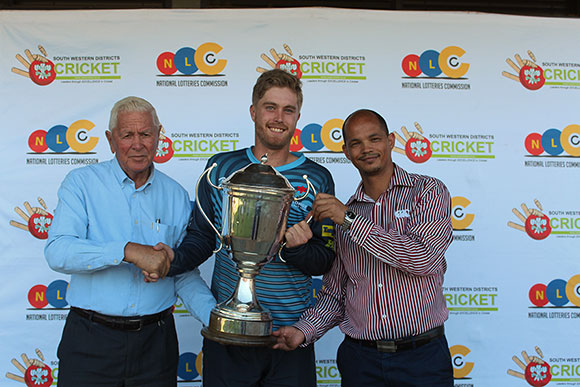