10 WICKET VICTORY FOR SWD IN 3-DAYER 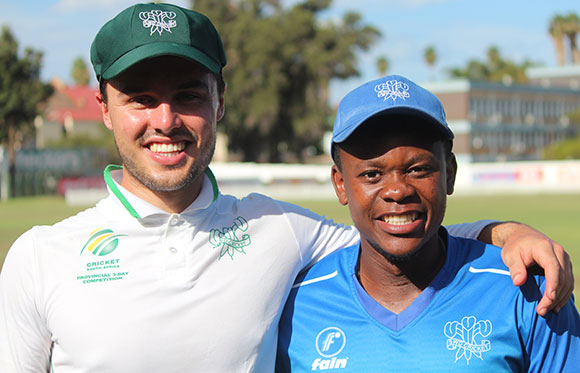 Jean du Plessis (left) with an unbeaten innings of 162 not out and Tsepo Ndwandwa who bagged nine wickets (4/62 and 5/39) in the match were the heroes in SWD’s 10 wicket victory against Border on Saturday.

The SWD senior cricket team had to wait for their last home fixture of the season before they managed to pull off their first victory in the Cricket South Africa Provincial Three Day competition. The Oudtshoorn based team recorded a comprehensive 10 wicket victory against the visitors from Border on Saturday.

Border, who batted first, were restricted to 168 in their first innings but not before Bamanye Xenxe (27*) and Matthew Fourie (29) added a partnership of 58 runs for the 10th wicket. Jason Niemand (51) was the top scoring Border batsman. Tsepo Ndwandwa (4/62 in 28 overs), who for the second consecutive weekend bagged nine wickets in a match was SWD’s most successful bowler. He was well supported by Neil Hornbuckle (3/39 in 16 overs).

A brilliant opening stand of 196 by Jean du Plessis (162 not out – from 356 balls, 19x4) and Kirwin Christoffels (9x4) laid the foundation for SWD to declare their first innings at 320/3 at stumps on day 2. Du Plessis batted for 8 hours and 38 minutes to record his highest first-class score to date as SWD built a healthy lead of 152 runs. 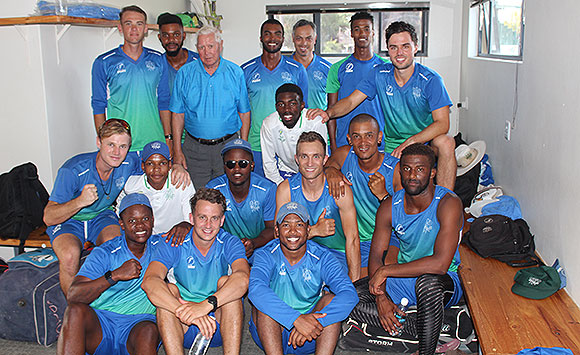 SWD’s next round of matches will be from 5-8 March when they take on North Cape at the Diamond Oval in Kimberley.

The summarised score cards are: